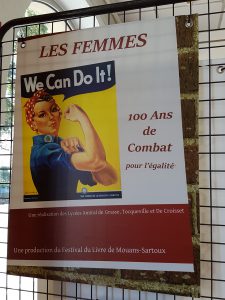 END_OF_DOCUMENT_TOKEN_TO_BE_REPLACED

International Women’s Day (8 March) is a global day celebrating the social, economic, cultural and political achievements of women. For me, it has been a day marked by special events, whether in Geneva where I worked for over 20 years or in Washington, DC and elsewhere in the US from my earlier days, to raise awareness of gender equality. In this first year of my retirement living in Southern France, I was delighted to discover that the small commune of Peymeinade near my home was actively promoting a whole series of events to recognize the day – not just on 8 March but for two weeks!

The expositions on « 100 Ans de Combat pour l’égalité » (100 Years of Struggle for Equality) and on “Les Femmes Excetionnelles » (Exceptional Women) are the ongoing features of note.

The first was on display at the Salle art et culture (the Art and Culture Room) until Thursday, 15 March 2018, and the second was on display at the Hall d’Acceuil de la Mairie (the Reception Hall of the Town Hall) until Friday, 9 March 2018. I ventured out the other day, a relatively mild and sunny day following the three-day freak snowstorm that had blown through the Cote d’Azur earlier in the week, to explore the town in search of these exhibits.

END_OF_DOCUMENT_TOKEN_TO_BE_REPLACED

In search of a green thumb, but also in search of a wild boar, I was inspired to attend the “premieres assises agricoles du pays Grassois” on Thursday, 22 February (2018), even though I had no formal role in the proceedings. Having settled into a semi-retired state by moving our primary residence from Geneva to Grasse, I had discovered a gaping hole in my skill levels when it came to figuring out what to do with the abundant land attached to our ancient villa and a disastrous first go at a vegetable garden.  This failure was further aggravated by the sudden and unfamiliar appearance of what proved to be the diggings of an invasive wild boar, who left a mess in the grassy areas under the olive trees in our expansive terrain. 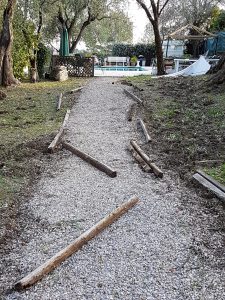 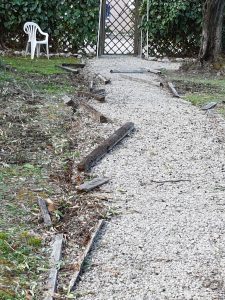 With some trepidation as a foreigner in a strange land (and unfamiliar about the basics of tilling the same strange land!), I took the bold step to, basically, “crash” this conference since no one responded to my email inquiry about a late registration.  As it turned out, there was no registration desk at the entrance, just a welcoming party that waved me on into a buzzing crowd of farmers and breeders.   In the process, I was surprised to learn a lot more than I had expected to learn.

END_OF_DOCUMENT_TOKEN_TO_BE_REPLACED

Getting to know the inner streets of Grasse is a wintry diversion that includes leisurely strolls along quiet pedestrian walkways that are normally bustling with tourists and locals when the weather is warm. The relaxed pace allows time to appreciate the contrasts between the colorfully renovated buildings housing shops and apartment dwellers, on the one hand, and the crumbling and dilapidated vacant structures along narrow cobblestone pathways, on the other. An empty storefront has posted declarations from a group calling itself “l ’Alternative”, lamenting the high vacancy rate (40 per cent) and neglect for a healthy environment in the town, especially where there is also a housing shortage. But then, turning the corner, one sees other posters announcing sporting events in the coming months, along with the thematic promotion for this year’s traditional Grasse rose festival in May – all oriented to a thriving, revitalized Grasse!
It seems that the current Mayor of Grasse, Jerome Viaud, is trying diligently to elevate the image of this ancient perfume capital of the world. On a chilly grey morning, we came across yet another display of this revitalized pageantry in the square in front of the cathedral and hotel de ville (i.e. city hall). 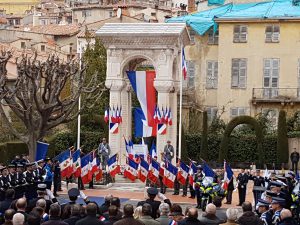 END_OF_DOCUMENT_TOKEN_TO_BE_REPLACED

It is such a pity that the flawed administration in the White House aggravated its flawed approach to responsible governance by choosing not to reappoint Janet Yellen to Chair the US Federal Reserve.  On the first day in office of her successor, Jerome Powell (whose policies were not expected to be a significant departure from hers) the stock market went into a nose dive of record proportions.  There were many reasons for this turbulence – bond prices were up, wages were up, inflation fears, bonuses to workers in major corporations as part of the “benefits” of corporate tax reform – many possible factors have been cited. What if?  What if Janet Yellen had not been displaced?  Might the very continuity of her presence have helped to calm things down?  END_OF_DOCUMENT_TOKEN_TO_BE_REPLACED

Reflections on the ACLU: It would take me a while to search for the legal history on which case it was that Ruth Bader Ginsburg criticized the timing of in the context of what I came to understand was a carefully crafted legal strategy during an ACLU Board debate on the ACLU’s Women’s Rights Project. Sometime in the 1970s – perhaps 1973? It was a case, she argued, that disrupted that strategy to build towards an interpretation of the 14th Amendment through case law that could essentially eliminate the need for an Equal Rights Amendment. Something to do with Oklahoma sticks in my mind.  As a new member of the ACLU Board by virtue of being a representative from the North Carolina affiliate, I remember being amazed by her stance and awestruck by her sophisticated arguments. It was quite a lesson in how constitutional law can be influenced by a deliberate strategy – not just through one case but through a series of cases if they are deliberately chosen and sequentially developed to move the judicial interpretation in a certain direction. Here are some reflections on a dramatic change in ACLU strategy today, but I start with a historical perspective.

END_OF_DOCUMENT_TOKEN_TO_BE_REPLACED

I have long been a defender of civil liberties for all groups, as long as they do not condone or engage in violence, but we were horrified by the evil on display in Charlottesville, Virginia. And we were further offended by the damage of a failed American president whose words and behavior were so lacking of a moral compass to condemn in no uncertain terms the fundamental evils of what these groups were advocating – and doing! To suggest that there were “fine people” on “many sides” of this confrontation is shocking, indeed.